The White Hart pub along Oxford Road is now housing. Click on picture to enlarge.

At the bottom of the page is a history of the pub. 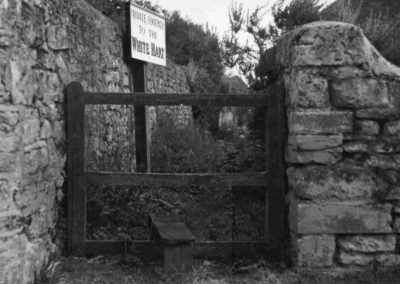 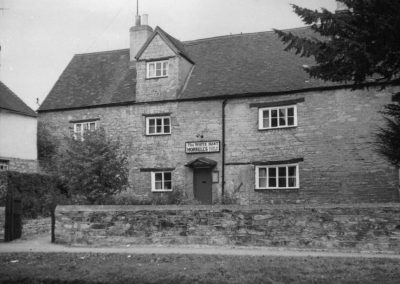 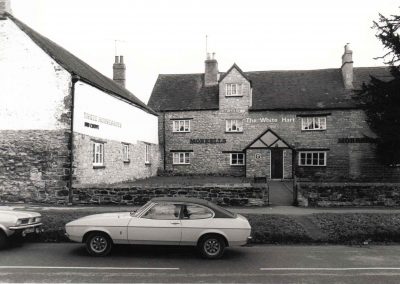 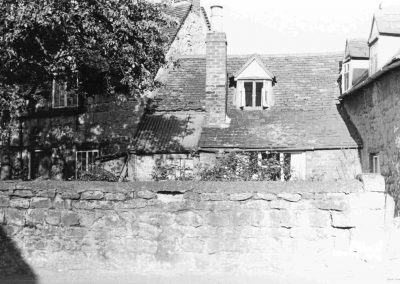 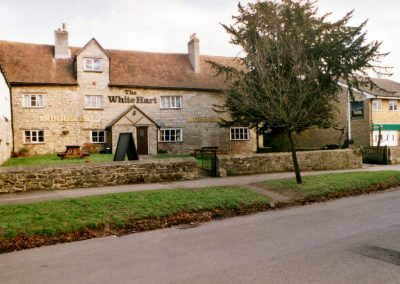 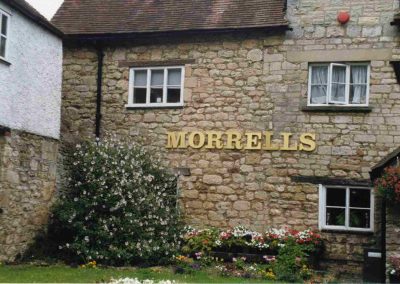 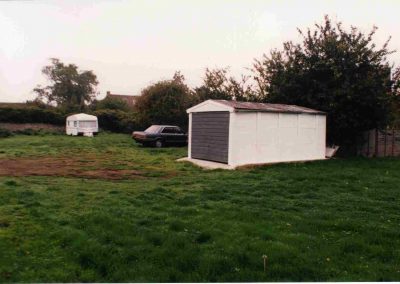 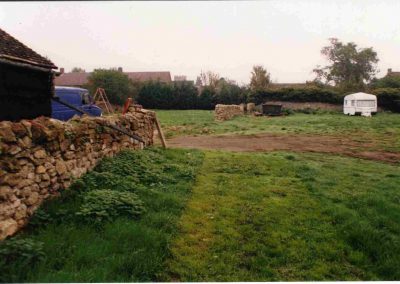 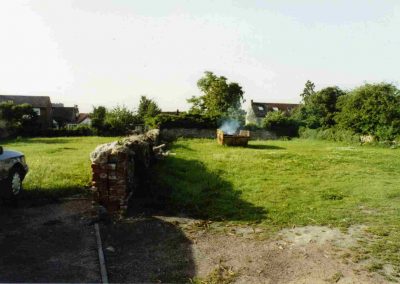 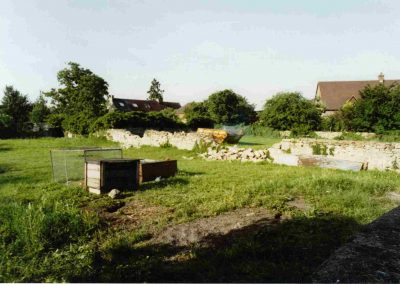 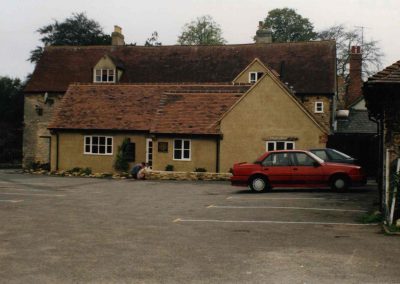 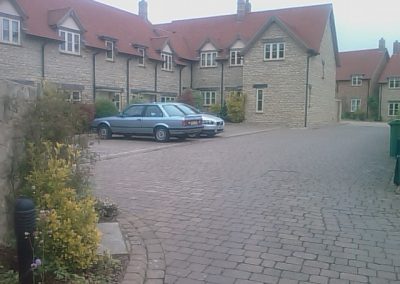 The 1605 map of Marston by Thomas Langdon of All Souls College, and later with Corpus Christi College, shows a building just where the White Hart now stands today. In fact this is the only building shown. Later, one Nicholas Hore is described as living in a large house, which could well be this building. It is also said that in 1785 there was a group of cottages on the site. Whether these were the old building adapted or new ones in the same place is not clear. Whatever it was, the building was converted into a pub in 1801.

In 1817, one John Parker, with others bought the building called “The White Hart” in conjunction with other pieces of land and buildings. He certainly lived there in 1843, but unfortunately went bankrupt in 1848 and his rights and responsibilities were taken over by others.

In 1851, Thomas Castle was the landlord. He couldn’t have been there long, but was obviously regarded in high esteem in that he was on the vestry committee, an honour only given to the larger landowners generally.

The Evans family ran it for several years later in the century along with a dairy. Moving into the 20th Century, two generations of the Hayle family ran it from 1926 to 1972.

After 200 years serving the village of Marston, the pub has now been converted into two apartments with houses built on the land at the back. Despite the security fences, items were still being stolen from the site whilst the houses were being built. I wonder if they had similar problems when they were building the pyramids?

The White Hart is Grade II listed (ref. 1485/147). It dates from the mid- to late seventeenth century, and is built of limestone rubble with a plain-tile roof. The bay on the far left was added later, probably in the eighteenth century.

The building was originally a house belonging to members of the Croke family. It was converted into a pub in 1801, and was owned by Morrell’s.

At the time of the 1881 census Alfred Evans (42) who was living at the White Hart was described as a dairyman as well as a publican. With him were his wife Clara, his daughters Emily (17) and Lucy (15), and his son Arthur (15). Alfred (now described as a farmer and publican) was still at the pub twenty years later in 1901. Still living with Alfred and his wife was their son Arthur with his wife and three children, and they were also looking after another two of their grandchildren. Arthur eventually took over the pub.

The White Hart ceased to be a pub in 2003 and has been converted into flats, with more flats built in its two large fields behind

Some landlords of the White Hart