Manor House and Cromwell House next to it were once one building belonging to Unton Croke who was a lawyer and member of parliament. Towards the end of the British Civil War, Oliver Cromwell stayed here. He would visit the Victoria Arms and used the church tower to survey the city of Oxford. In this building the terms of the surrender of Oxford were negotiated before being signed later. Oxford had become the capital of the country when King Charles I moved his court here. If the city did not surrender, then it is believed that there would have been a considerable loss of life with viscous close contact street fighting. With the surrender of Oxford, the civil war ended and the king was later arrested, and British history changed – and it all started in this house. Click on picture to enlarge. There is a brief history at bottom of page. 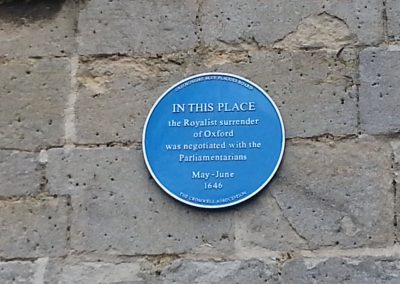 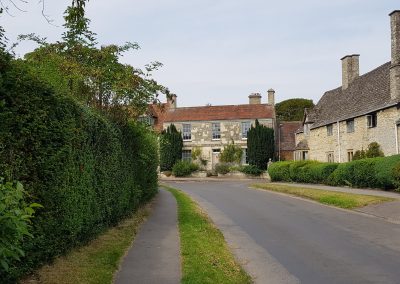 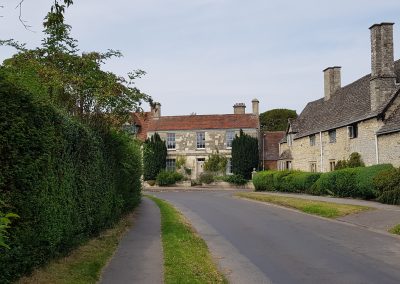 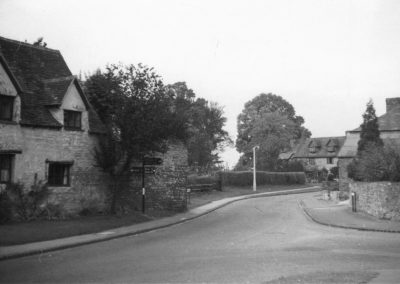 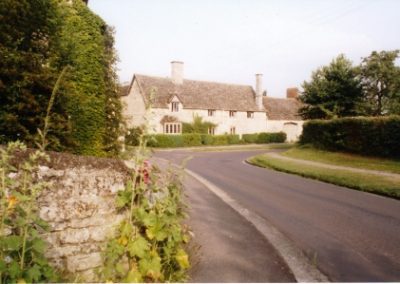 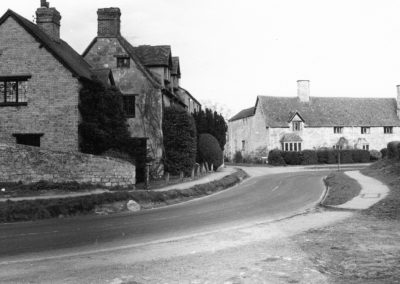 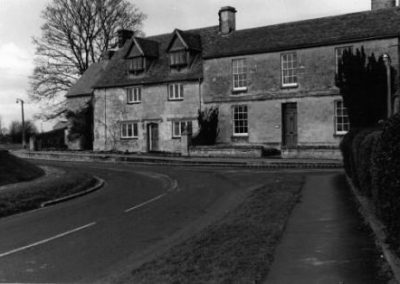 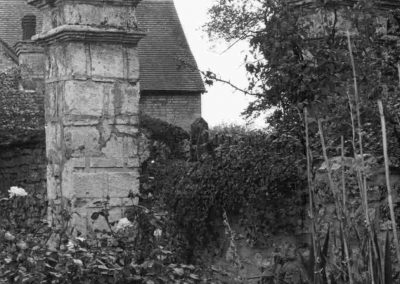 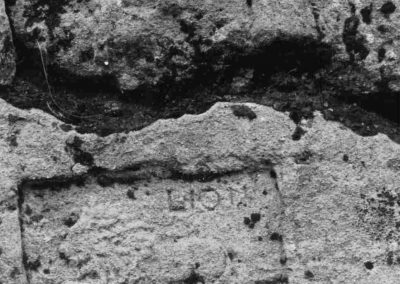 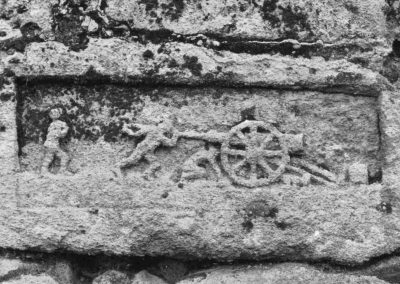 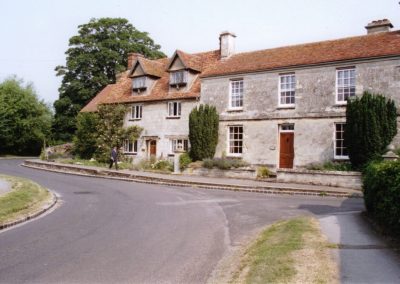 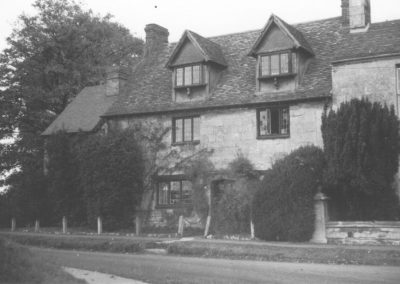 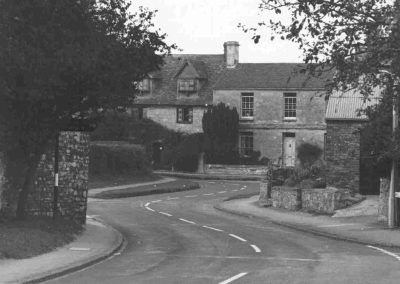 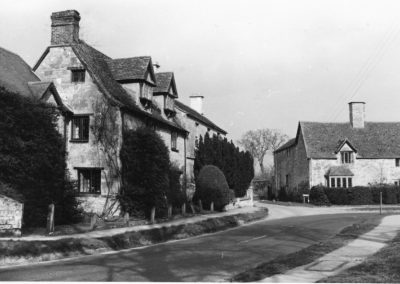 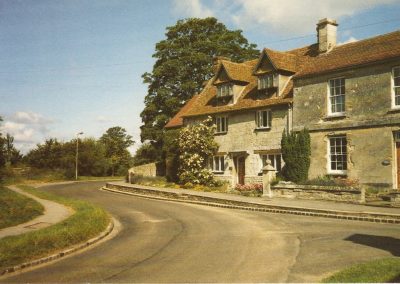 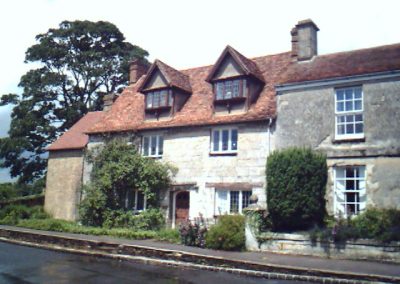 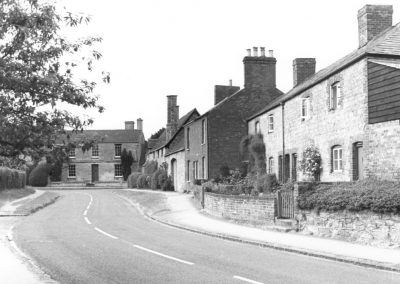 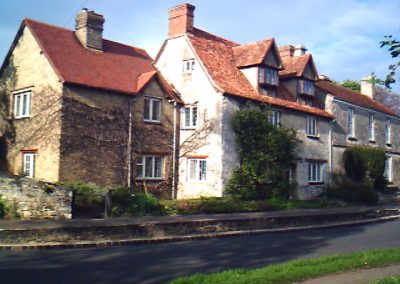 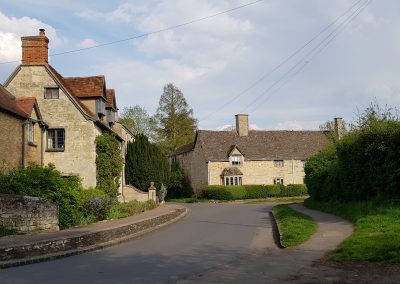 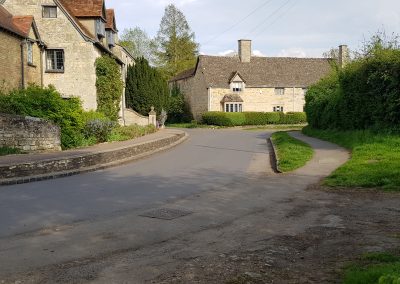 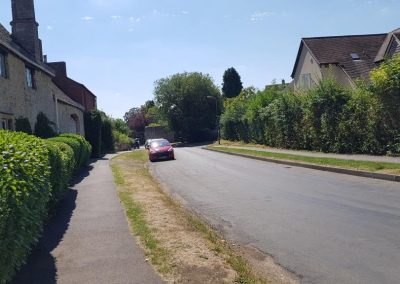 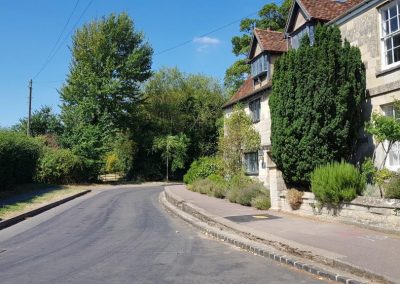 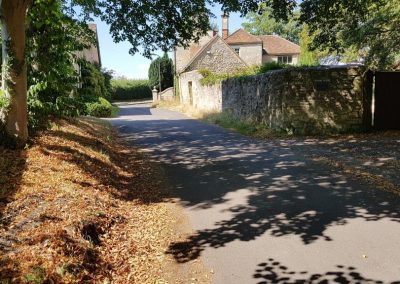 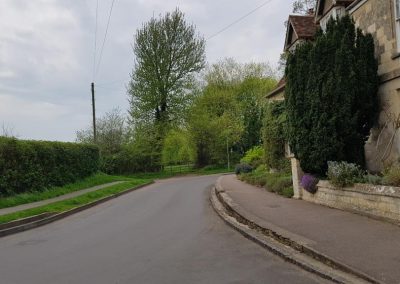 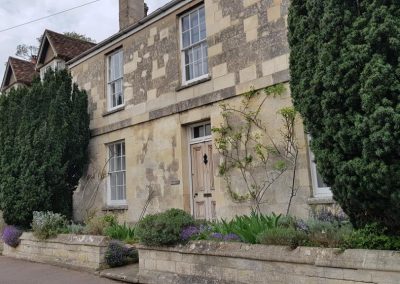 The earliest history of the house now known as the Manor House is quite uncertain, but at least one book speaks of its 16th century character. This would have described the one house which is now in two — the Manor House and Cromwell’s House. What seems definite is that, in the times of James I, a young man called Unton Croke came down from his family home at Studley Priory and married a Marston heiress. He made her house “grander”, although a later writer called it “a heavy stone building, erected without much attention to elegance or regularity”.

Croke was shrewd enough to support the Parliamentary cause during the Civil War, so that his house was the headquarters of General Fairfax during the siege of Oxford, was visited by Oliver Cromwell, and may have been used for the signing of the treaty following the siege.

Unton Croke was a lawyer and seems to have pros­pered during the Protectorate to such an extent that, after the Restoration, he was obliged, and able, to put up a bond of £4000 for the good behaviour of his Round-head son. If you look at the memorial to father and son on the northern side of the chancel in the church, you will see the change in fortune between the two generations.

The Croke family interest had ended by 1690, when the house was lived in by Thomas Rowney, another wealthy lawyer who, early in the 18th century, gave the land for the building of the Radcliffe Infirmary. The Thomas Rowney’s, father and son, both lived for a short time in Marston, but their political and professional interests were Oxford based.

The Victoria County History states that Marston was a village “where no one lived who pretended to the rank of gentleman”.

Both village and house must have fallen on hard times because it is said that in 1801 the house was used to house six pauper families, and subsequently prisoners of war from Napoleon’s army are believed to have made carvings on the orchard wall which persist to this day.

In 1837, William Turner of Oxford painted a watercolour of the house, showing the 17th century facade with stone drip moulds, stone mullioned bay windows on the two floors and an attic floor with windows in the gable. But in 1843 there was a fire which must have seriously damaged the front of, what is now known as, the Manor House, leaving Cromwell’s House next door relatively untouched. The fam­ily owning the house [Sim(m)s] apparently then quarrelled and it was divided in two, with a wall built splitting the garden behind the houses, giving each half one pillar of the 17th century gate which had probably given access to the formal garden at that time.

In the 20th century both houses have tended to have families enjoying long periods of ownership, and who have genuinely cared for the historic buildings with architectural features dating back many centuries.

Much of the history of this old house can only be guessed — as the editors usually say “more research is needed”.