The Gurden family were part of Marston for several generations and some of their decendents still live in Old Marston. The ran the Three Horseshoes pub for many years. Click on a picture to enlarge it. At the bottom of the page is a history of the family. 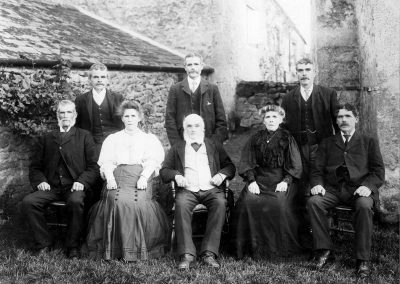 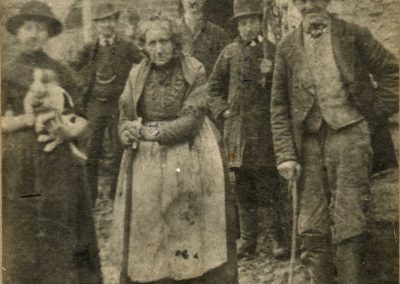 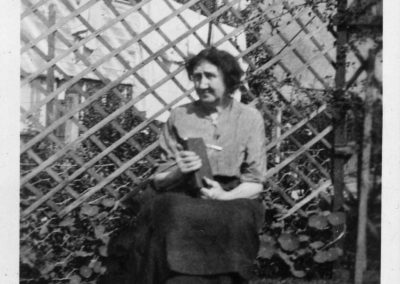 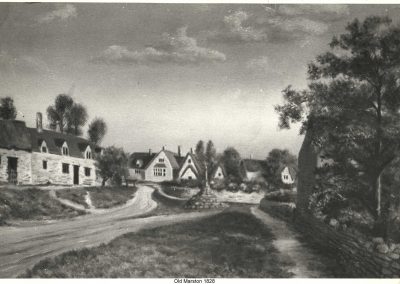 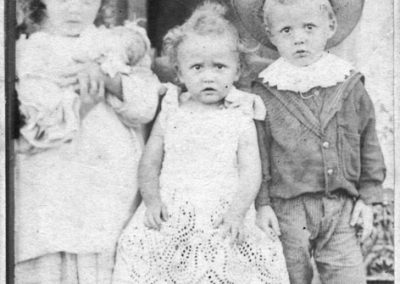 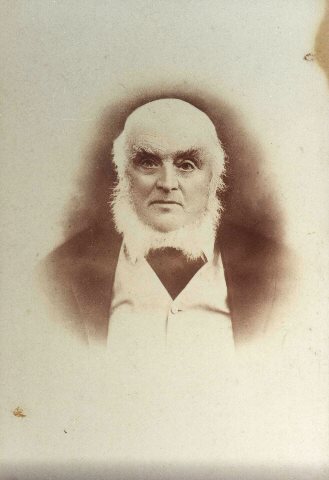 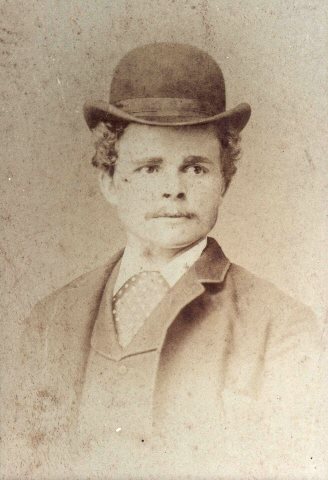 The Oliver & Gurden bakery in Oxford became part of the Lyons Group in 1968. Their factory, appropriately named Quality House, this specialist cake company produced a wide range of fine cakes and pastries for the top end of the market. Altogether their range consisted of 47 different cakes and pastries under their own name and 31 under the Fullers label.

The company was formed in 1919 by William James Oliver and Aubrey Edward Gurden who were chefs at Keble College. They converted the stables of a public house into a bakery and after duties at the college walked to Summertown to start baking cakes. After baking was completed they slept on camp beds to be ready to take cakes out by horse and cart in the early hours to wholesale grocers and Oxford colleges. News of their quality goods soon spread and they branched out, supplying grocers in Reading.

On entering into partnership Oliver & Gurden bought into the public house and turned it into a bakery with an original frontage of 26 feet. Business continued to grow and piecemeal extensions were made as nearby properties were bought. A major development took place in 1936 with the issue of preference shares to the public and the building of a large three storey factory extension. After the Second World War business began to expand again and ordinary shares were issued in 1948. By 1959, when Oliver & Gurden changed to direct van sales, until then sales had only been issued on orders from customers, their market extended to a sixty-mile radius of Oxford.

The following year the company was taken over by Scribbans-Kemp Ltd. It operated as an independent company within the larger group until 1964 when it came directly under the control of Scribbans-Kemp and several of their lines were marketed under the Scibona label.

In September 1968 Oliver & Gurden took over the production and distribution of Fullers cakes from Fuller/Kunzle as well as part of Scribbans-Kemp. Then, in November 1968 Oliver & Gurden became part of the Lyons Group when they bought Scribbans-Kemp bakery interests for £5.5 million. In April 1969 it was made a subsidiary of Lyons but by February 1972 it became part of Lyons Bakery. D. R. Morse was appointed General Sales Manager responsible for sales, marketing and distribution and reported to H. Salmon. J. H. Thomas became production manager responsible for all manufacturing and despatch at Oxford, reporting to Lyons Bakery Operations Manager R. W. P. Hare. M. Peacock was appointed Administration Manager responsible for all administration matters and accounts and reported to Lyons Bakery’s Administration Director, Desmond L. Brazier.

A final change occurred in September 1973 when Oliver & Gurden changed their trading name to Fullers Cakes Ltd following extensive market research. Carried out over eighteen months the research revealed that 50 per cent of housewives were aware of Fullers name, whereas only 10 per cent knew of Oliver & Gurden. Fullers Ltd were also a quality cake manufacturer, family founded at the turn of the twentieth century, with bakeries in Hammersmith and Dublin. They had been acquired by Lyons in 1968 when the Scribbans-Kemp deal had been struck and the Fullers-Kunzle brands came into the Lyons Group.

By the time Lyons acquired Oliver & Gurden’s, cakes were being produced at their bakery in Middle Way, Summertown some two miles north of Oxford’s city centre by a production staff of 130. Many were skilled bakers and confectioners and long service was a tradition. The factory had won many awards and medals during their 50 production years. Many of these medals and awards were on display in the company’s reception area at Oxford. Oliver & Gurden were one of the first bakers to use to use electric travelling ovens. Two were installed with 44 trays on each. There were also five twelve-tray double peel ovens and a forty tray reel oven.

Their high quality was maintained by strict checks at all stages of production and freshness was achieved by an efficient sales and distribution system of 25 vans. Goods were distributed through eleven reception bases sited throughout southern England, Oliver & Gurden’s main market area. Fuller’s cakes, delivered from Oxford, were sold in Lancashire and southern Scotland. Most products were sold through department stores and high class grocers as well as supermarkets. One of the best selling items with a high reputation at home and abroad were their Christmas puddings. Made to a traditional recipe, they were lighter in texture and appearance than most mass-produced competitors. Many of the products bore the name of Oxford which was considered an important selling point, particularly for overseas buyers.